Thanks to St John, our village now has a new AED which has been attached to the noticeboard next to the store, making it very prominent and easily accessible, 24/7.

Note that the AED Locations website lets you look up the location of the nearest available AED, no matter where in the country you happen to be.

Traffic Calming Measures for the Village?

The committee of your Residents & Ratepayers Association (KRRA) has been talking to TCDC about trialling some traffic calming measures in the village (i.e. from the Fire Station to Luke's Kitchen) over the upcoming summer season. As we all know the traffic volume increases hugely over summer, as does the volume of pedestrians, which is not a good mix.

We had hoped to talk to the community about this at the AGM, but seeing as we were unable to hold this meeting as planned due to the Covid-19 levels, we would appreciate your thoughts on this. If you have any concerns, or some good ideas on what would be effective, please let us know.

And on the Topic of Speed...

KRRA wrote to NZTA in September last year to formally remind them that the Kuaotunu community has been asking (for many, many years) for the 50km speed limit at both ends of Kuaotunu to be extended.

Almost 12 months later we have received a reply... The gist of this is that NZTA are working on a new approach to speed management across NZ, and that "SH25 Kuaotunu falls in one of the corridors Waka Kotahi has identified for speed management, and we are aiming to start the speed limit review process in the first quarter of 2021". You can read the full letter here.

We will keep you posted!

How Clean is our River, Actually?

As reported in a previous newsletter, earlier this year RiverWatch carried out water quality monitoring in the Kuaotunu River, and the results give us an insight into the health of our water.

A RiverWatch Waka (a remote sensing unit) was anchored in the river near the road bridge, taking samples every 10 minutes, for 3 months.

Alongside the RiverWatch Waka a nitrate sensor was also installed. Rainfall, geology, tides and air temperature were factored in when analysing the water quality. 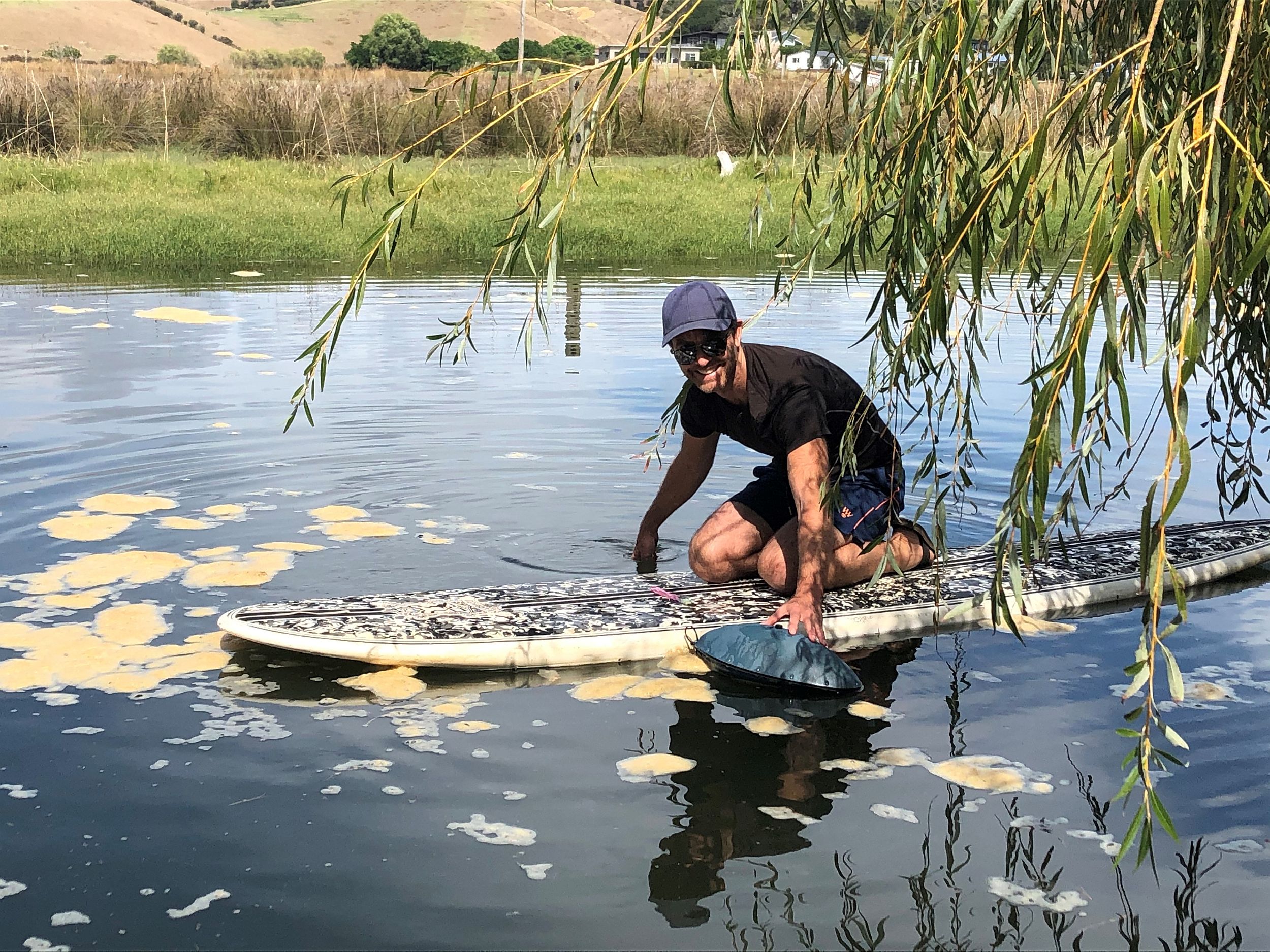 The results show that overall nitrates are not an issue for the Kuaotunu river in summer. However there were significant increases in nitrate runoff after light rain events, and it can be expected that higher nitrate levels will occur with heavy rain events. Considering the trend observed, high nitrate contamination is expected during winter and spring.

Results show that the temperature of the river water is in excess of what is considered life-sustaining for many aquatic species. The highest recorded temperature was 27.8 degrees.

Fish and aquatic insects need dissolved oxygen to survive, and the levels we are experiencing in Kuaotunu are at the point where we are likely to get fish die-off, algal blooms and dangerous bacteria. The dissolved oxygen levels were extremely low and they show the effects of high temperature, high salinity and runoff from farmed pasture in what would otherwise be a highly productive wetland.

Current research into wetlands and rivers shows that they have important roles in coastal erosion protection, ecosystem resilience, flood protection and water quality. The next steps for Kuaotunu would be to complete a more detailed catchment assessment by installing sensors in different locations and observing where and how the water quality changes from the mountains to the sea.

With this information we can begin work on restoring our waterways so that we have a resilient and healthy community.

The KRRA AGM That Wasn't...

As advised in the previous newsletter, KRRA had planned to hold its AGM on the 23rd of August, given that the usual Easter date had to be abandoned due to the Covid-19 lockdown.

Unfortunately Covid-19 intervened again, and so the decision was made to cancel the AGM and instead ask KRRA members to vote electronically.

On the plus side no election was required for the committee, as with one resignation (Craig Lidgard) plus two new nominations (Danny Bay and Courtney Linnecar) there were 10 nominations for 10 positions, meaning that unless there had been additional nominations from the floor on the day of the meeting, no election would have been required anyway.

If you'd like to read the profiles of this year's committee members you can do so here. Notes on the online election and voting process can be found here.

The committee is hoping that it will be able to hold a public meeting in early January as usual.

Spring has sprung at the Kuaotunu Food Forest, with a motivated members meeting, pruning workshop, and two working bees already under our belt for the new season.

Currently the community is clearing all the weeds from under the trees to prepare the ground for the seedlings that are kindly donated over the coming months.  Please simply contact us if you would like to donate your own surplus or funds towards these efforts. 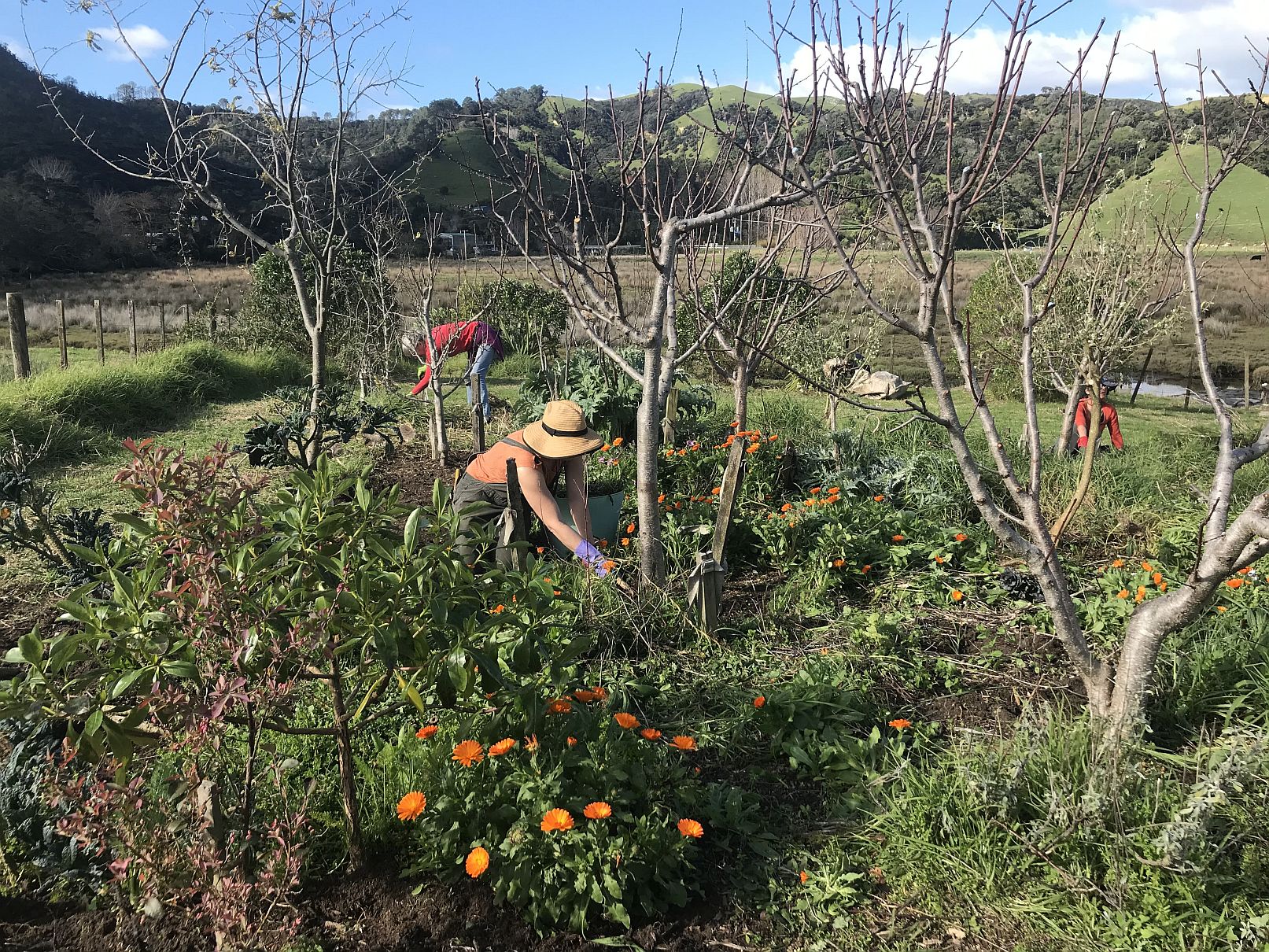 The plan to keep everyone engaged and connected over the next few months is to have a monthly workshop that we would love you to attend. Topics will include looking at biodynamic soil chemistry, native trees, seedling growing, medicinal herbs - the list goes on! All we ask is that attendees donate either a koha towards our costs or an hour of their time after the workshop for collective weeding/pruning/planting etc. This way many hands make light work!

Finally, we would love to hear from anyone who could donate mulch, top soil, or a tree for the shelter belt. Otherwise, keep watch on our to do list (situated in the garden shed) for inspiration on how you can help, whenever you can. We look forward to seeing you there some time, thank you!

The Kuaotunu Peninsula Dark Skies Project is a joint effort by the KRRA and Opito and Otama Ratepayers groups to try and obtain formal protection for our uniquely dark skies.

Funding has been approved by TCDC and KRRA to raise public awareness of the project through signage and information leaflets.  These will be rolled out over the next few months to let both residents and absentee ratepayers understand the goals of the project and the steps needed for formal protection to be granted by the International Dark Sky Association in Phoenix, Arizona.

On August 1st Kuaotunu Dune Care held a Dune Planting event at the end of the reserve opposite Luke’s kitchen.

Tanya Patrick (Coastal Management Coordinator) had completed the shaping and fencing of the area and delivered hundreds of plants the week before.  The weather was fine, despite predictions, and 32 people arrived around 9am – an amazing turnout – to be briefed by Tanya and set to work. 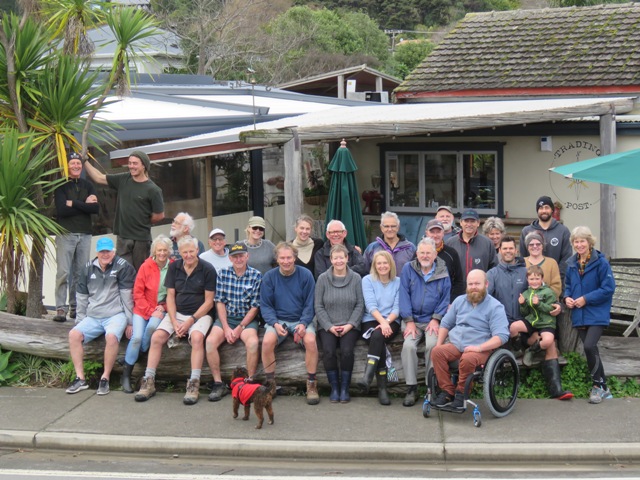 When two main areas were adequately staffed, Tanya defined another adjacent area and set people to work weeding.  In addition to planting the two prepared areas, there were sufficient plants to complete the third area – a bonus for all.

Thank you to everyone who attended and to Luke for supplying a delicious sausage sizzle afterward.

Unfortunately the planting took a hit during the recent heavy rains, but Tanya was able to recover and replant some of the loss. Please help by keeping an eye out for weeds and damage, and please keep people and dogs out of the fenced areas.

KSAR are on a fundraising mission to raise $7,000 to insulate and line the ceiling at their base in Whitianga.

Currently the ceiling is iron and insulation paper which means when it's raining they can barely hear each other, plus it's extremely hot in summer and cold in winter.

Due to Covid-19 cutting off their annual fundraising events such as the 2020 Taste of Matarangi, they need to look at other ways to fund this building work.

If you are able to assist with a donation or sponsorship please visit their Facebook page Kuaotunu SAR or go to their Givealittle page.

This newsletter is brought to you by the Kuaotunu Residents and Ratepayers Association Inc (KRRA). KRRA thanks the following people for their contributions to this edition: Ken Robertson (St John); James Muir (RiverWatch); Courtney Linnecar; Carrie Parker; and Alastair Brickell.

To find out more about the Kuaotunu Residents and Ratepayers Association, such as the date of the next meeting, how to join, agendas and minutes of previous meetings, etc, please click here. You are welcome to attend any committee meetings, these are usually held  every 6 weeks on a Thursday.