Over the last 12 months there has been renewed discussions over the use and management of our public reserve spaces. In Kuaotunu there are many more reserves than one would expect for such a small community. KRRA wishes to be faithful to the 2009 Community Plan, which indicates we need to protect our assets and preserve the natural spaces. We do this by communicating these ideals to the appropriate governing bodies.

This focus on our reserves has coincided with the TCDC review of the Reserve Management Plans which can be downloaded here.

These plans identify the TCDC managed reserves. The Blackjack Torea Reserve, the Kuaotunu Sports Domain and several other public places are the responsibility of DOC, WRC, NZTA or local Iwi. Individual reserves may also have co-management agreements between agencies.

The process of understanding these relationships is important for KRRA to ensure our representations reach the right decision makers.

If there are community members interested in this process of discovery and with ideas about the future of our reserves please contact Chris Twemlow twemlows@gmail.com (07) 869 5054.

The KRRA Reserves Subcommittee will be presenting a submission at the TCDC Reserve Management Plan review hearing (date TBA).

A proposal to purchase the Kuaotunu store and run it as a community owned and operated business is gathering momentum with a feasibility study underway. The plan is to develop a sound business proposal that includes unique opportunities for investment from-our-community into-our-community.

The ideas for the store and its surrounding space includes a general store that provides: local produce, healthy food, learning and sharing spaces, doctors clinic and co-working areas. It will become a multifunctional community hub that works synergistically with our community to build strong and vibrant connections.

A public meeting is to be held at the Kuaotunu Hall on Friday September 14th at 5:30pm to share the proposal and get everyone together to help make this opportunity become a reality. All are welcome!

If you would like to join the mailing list, be part of the planning group, wish to offer professional advice or simply ask a question, please email: kuaotunucoop@gmail.com  JM

KRRA is pleased to announce the Kuaotunu Community Website An online hub representing our village.

Over time it will grow to include information about our burgeoning creative scene and the history of Kuaotunu - We are sure you will find it useful.

Please send your feedback and good suggestions to info@kuaotunu.nz

Fire and Emergency New Zealand has now taken over responsibility for issuing permits for fires in the open on the Coromandel Peninsula and overseeing fire safety as a result of changing legislation.

The FENZ website will give you further information. If you wish to apply for an ‘open fire’ permit go to checkitsalright.nz, this will give you all the information required plus an online application form. You can also request a fire permit via the Fire Chief at your local fire station. Please note that TCDC and DOC no longer issue fire permits.

If you have any concerns about fire hazards please contact Fire and Emergency NZ on 0800 336 942 or complete the form on their website. If you see an out of control fire then call FENZ on 111. 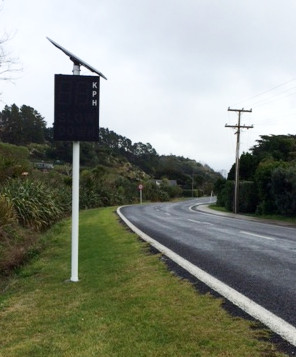 "When the speed indicator was being installed I was initially rather anxious as it's very close to my property and was hoping it wasn't going to be some ugly signage. It’s not and it’s successful. Travellers have slowed down and even myself now am reminded by the appropriate speed sign. Here’s hoping it is safer crossing that stretch of road.” CB“We’re just delighted with the impact it’s had, most drivers are really doing their bit and sticking to 50 km/h, and there’s less overtaking too. Even the weekend warrior motorcyclists have slowed down! It would be good to have one at the other end of the straight as well, but in the meantime thank you NZTA and all the locals who have fought so hard for so long to make this community safer!” VM

In the 2009 Community Plan we want our speed limits to be clearly signposted, with other traffic calming measures to ensure the limits are observed not only to retain the posted 50km/h speed limit along the main beach front in the interests of pedestrian safety but to extend this to 100 metres past the Kuaotunu Bridge on the eastern side to 100 metres past the boat ramp, with 70k buffer zones extending beyond Cemetery Road and Hilldale Crescent.

Hand Made is appreciative of the support for their initiative and grant received from Creative Communties NZ. 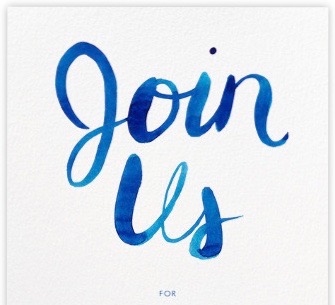 'Let's do the Time Warp again'...A screening of the Rocky Horror Picture Show.

BYO everything (film will be provided) that includes anything you might want to have during screening and at the interval - or after for that matter. NO CHARGE (truly), though anybody wanting to contribute to the 'hall bucket' is most welcome.  Contact John Thorburn 021645255 if you can help with setup (from 17.00) and please help with clean up (11.00). 'Dammit Janet, there's a fire in my heart and you fan it'.

Our Man in London 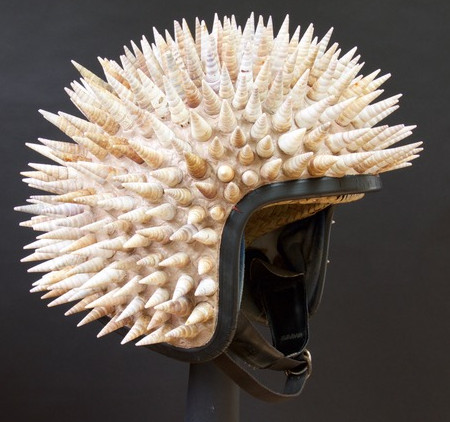 The work of local Artist Chris Charteris is on show at The Horniman Museum in Forest Hill, South London.

His “eco-warrior’s helmet”, shown there is covered in spikes of sea shells an emblem of the resourcefulness of the Kiribati nation, a nation very close to Chris’s heart and heritage where the islanders archipelago homes are imminently threatened by climate change and rising sea levels.

According to the Guardian newspapers art critic Nick Merriman, the Museums Director said looking at Chris work amongst the new display, “That is just such a cool thing. I really want to try it on.” We think its cool too and even cooler that we get to see much of Chris’s work here.

His annual Summer exhibition at Waitaia Nurseries, the beach community event he did for Art Escape in March, his contributions to 25 Trees each December, his involvement in the 10 Artists Collective and his public sculptures, especially the one on the Reserve he carved from a fallen branch off the Puriri tree at the Store. LL.

... and in Melbourne
Harriet Brickell this week in Melbournes national Gallery of Victoria  discovered Chris and fellow New Zealand Artist  Lisa Reihana on the wall.

The Kindergarten Lantern Festival
Is a time for the Kindergarten children and their families to celebrate the rising of the Matariki stars and the days getting longer.

The Kindy children light lanterns and follow a bagpiper to the reserve where a big bonfire waits.

The kids huddle around the fire and sing songs while the lanterns glow brightly.

We then all walk back to the kindergarten and finish off with a nice shared dinner. JG (aged 9). 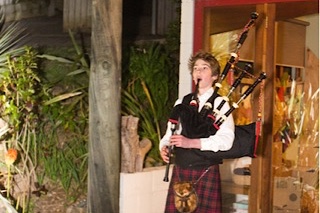 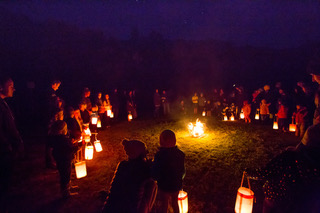 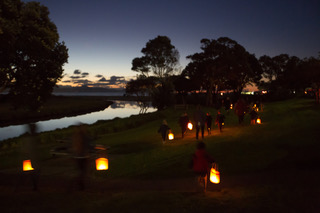 This playgroup at the hall is for Grandparents too. 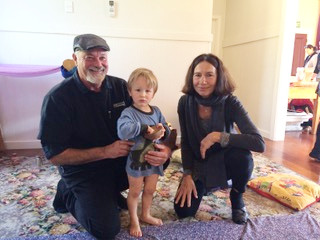 A quick thinking local emailed Alana Kline at Lost Springs in response to an article in the Informer of June 13 where they offered some pampering at the Lost Springs for quiet heroes. Our ‘Bird Lady’ Annemieke was given a relaxing massage which she said was wonderful. As it’s known she takes in and cares for injured birds from all over the Coromandel Peninsula, 365 days a year and nurses them back to health, ready for release back into the wild or gives them a dignified conclusion. 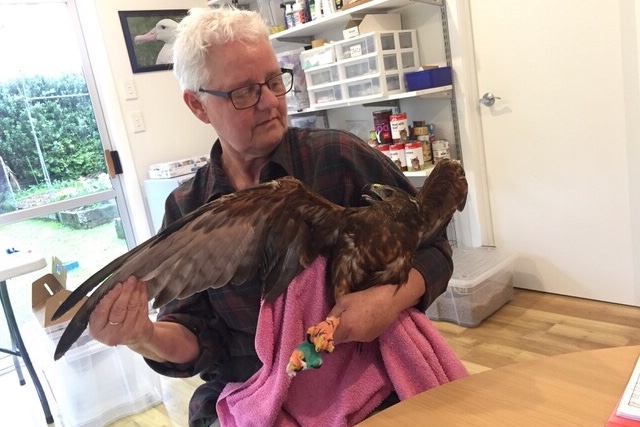 What might not be known is she carries out  practical research with support from Dave at Whitianga Vets who takes X-rays and sends samples for her when advised by Dunedin Wild Life Hospital. She also has support from Massey University who do free of charge postmortems. Annemieke’s work and research with birds are helpful indicators of what takes place here, are exemplifiers of how we are use our immediate environment and the highlight the changing ecology of land, sea and air that surrounds us. SW. 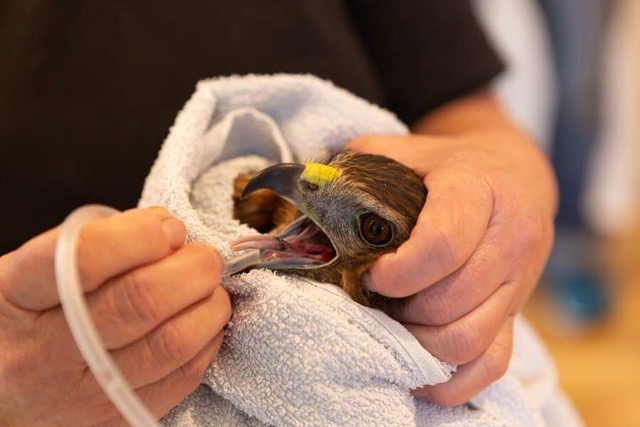 Thank you to those in our community who replied to the request in last month's newsletter to help the Trust feed its intrepid listeners. Thank you for baking bread, muffins, cakes, making soup and pizza, harvesting tuatua and crab - our combined effort on the food front ensured we were great hosts. 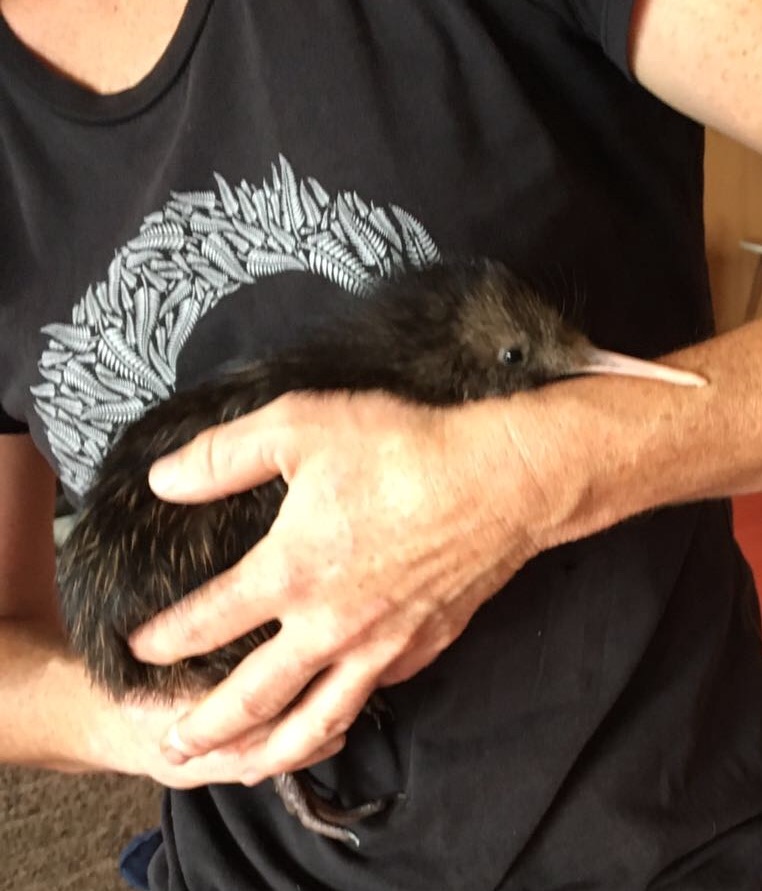 Thank you also to those of you who sat out and recorded kiwi calls for three nights - whether you lay on loungers on your driveway or sipped hot chocolates on your deck with new friends, we hope you enjoyed the simple pleasure of the night sky above you and the call of the kiwi around you. We will analyse the data recorded this month and let you know what it means for our Kuaotunu kiwi in the next newsletter. projectkiwi.org.nz PW.

A big thanks to the Kuaotunu Voluntary Rural Fire Force and Doug Russell Plumbing Services for Jamie Waugh’s awesome kayak prize at the Winter Slammer Surfcasting competition. Thanks to the Fire Station for hosting such a great event and to all of the sponsors who generously donated so many awesome prizes. One very lucky, happy kid. Thanks guys. MB. 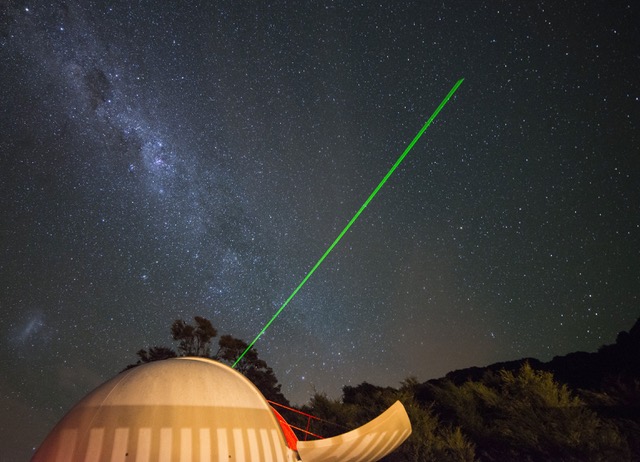 In our neighbourhood we have a skywatcher whose fascination and expertise might lead us to consider the world afresh by simply looking up above us. Alastair Brickell operates the Stargazers Observatory in Kuaotunu and as a passionate stargazer is an invaluable source of knowledge as to whats going on in our Southern skies and what could become our local communities connection with an International Movement promoting Dark Sky Places.

A series of short Q & A in this and successive issues of the Nletter will make light of these matters.

IGP. Alastair how long have you been a Stargazer and what influenced you to become one?
AB. Ever since the first satellite was launched in 1957. Travelling to Cape Canaveral to view the launch of one of the Apollo moon rockets was a major influence.
IGP. Why should people be encouraged to look at  stars?
AB. To better understand our place in the Universe.
IGP. One reads that our Southern skies are special, why?
AB. The southern sky is truly unique in that it is only here that you can see the closest star to us (apart from the Sun), the brightest and biggest area of star formation, the best dark nebula that will eventually give birth to new stars, the best globular clusters containing 1,000,000 stars each, the twin galaxies that are our neighbours and we also have the best view of the Milky Way.
IGP. And the term Dark Skies?
AB. Dark Sky designations refer to areas kept free of light pollution mainly caused by street lights that unnecessarily light up the night sky making it impossible to see the faint gems that are on view.
IGP. What significance might this have for Kuaotunu Village?
AB. Preserving our dark skies means that future generations will be able to enjoy the wonders of the night sky that are increasingly being lost to observers around the world.
IGP. Whats the most common response of those who visit your Observatory?
AB. They are amazed just how much you can see from a really dark sky site.

Read more about the Stars above us and the astraophotography of Ian Preece (KRRA’s Secretary) in the latest issue of Coromandel Life.

We’d love your feedback on our bi-monthly issue. Please send your thoughts and suggestions to  info@kuaotunu.nz

The Kuaotunu website explains how to join KRRA and how to contact the KRRA Committee, and also contains Agendas and Minutes of committee meetings. You are welcome to attend any committee meetings, these are usually held on the third Thursday of the month.